So let's take a pop quiz have you ever thought about where the columns on your house came from; where the windows originated; how many times did you actually change the house to fit your personal style?
“Architectural Style” the proper term for your house is made up of the following:

All of our homes fall in one of these categories or a crossover to all of the categories. Most builder will not even be privy to the architectural intent of the home they're building. Try this out for size , if the root word of architectural is architect then you guess it an "architect" will be the one who designs the look of the home.

And how often do we actually have one on one conversation with the architect to see his intent of the house we’re living in . Let’s break down each special type and style and find out exactly what house you are living in!

Traditional- Look familiar? Most of America has a traditional home. Typically have many styles without being pulled in one way or another. You could call it eclectic ( using multiple design styles to create one unique style) the floor plan will typically have an formal living room, formal dining room, front/wrapped porches, and fireplaces.

Colonial- A home that became popular after World War I, it embodies simple box frame to grand estates. Traditionally it will house a symmetrical exterior with lots of transom windows, 2 to 3 stories and one or two chimneys. The kitchen and family room are housed on the first floor while the bedrooms are on the second floor.

Victorian- Screams detail galore inside and out. Ornate moldings, Grand towers and turrets, and who can mistake for the array of colors. 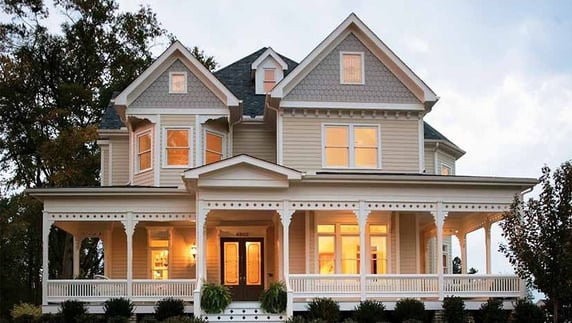 Arts and Crafts- Better known as “Craftsman style,” often have shingle siding and open porches with overhanging beams and rafters. You may even hear the term bungalow used interchangeably with this style. It has mass appeal to simple living because of the craftsmanship of the home, interiors are typically using cove moldings, shaker door styles, wainscoting as well as coffered ceiling treatments. 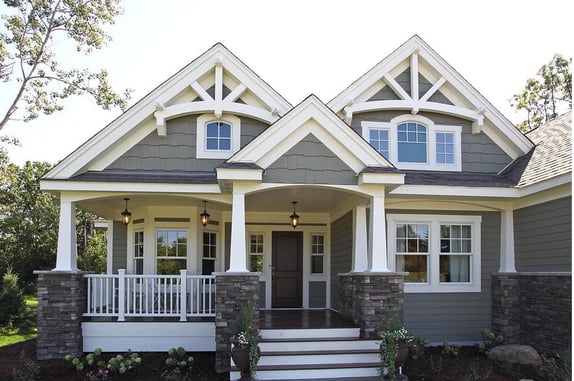 Modern- The modern house design was introduced in 1920-1950, it rarely is defined, however it stays true to its core and that is sharp clean lines embodying the elements of nature and textures. A person could say it becomes one with the environment. Interiors typically will be very clean and hardly no moldings, paints very neutral, cabinets flat paneled with exotic finishes. 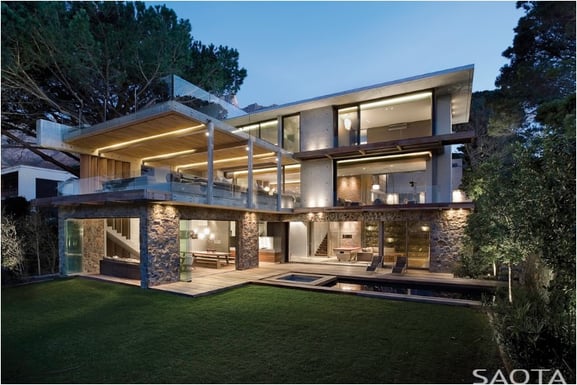 Jordan Michael is an Interior Designer for Prime Cabinetry, an online cabinet retailer determined to guide customers through the design process, with quality cabinetry that delivers. Jordan graduated from Chattahoochee Technical College with her Associates Degree in 2015, rewarding her with the opportunity to do what she is passionate about for a living. Born and raised in Atlanta, Georgia, Jordan has always had a love for writing, painting, and crafting. She is also a dog person, dancer, and music fanatic, who easily fell in love with the world of Interior Design. She believes in approaching each design with an open mind and willingness to learn in a fast-pace environment. Through the design and software knowledge she has gained, her customer’s ideas are brought to life. It is easy to see, from scribbles to colored renderings that she has found her calling in the Kitchen and Bath industry.